It was finally time to visit the place where the Kanrin Maru had wrecked some 147 years ago: Saraki Misaki itself. With Mr. Kimoto as our trusted guide, we drove towards the ‘cape’. As we were nearing close, we could see the land jutting out into the Tsugaru Strait, with much of its surface covered in snow. Then suddenly on the horizon there she was. With her three masts reaching high into the sky, her hull looking as solid as ever. We found her! The Kanrin Maru stood the test of time! 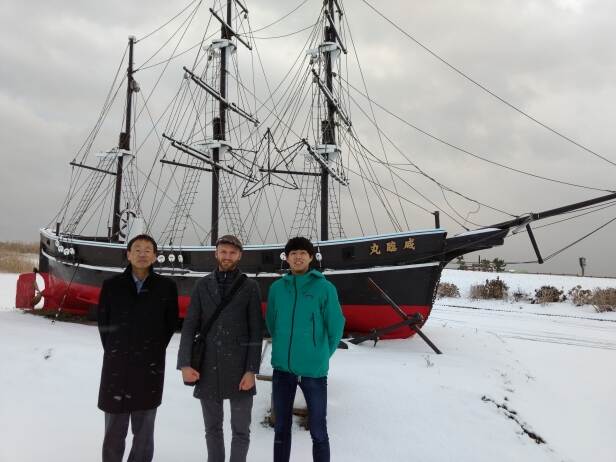 As we were about to draw our conclusions to wrap up the project we slowly came to our senses as it turned out to be a large, monumental model. As it so happens, the local Society for Dreaming About the Kanrin-maru, together with the support of the Society of Kanrin-maru Crew Descendants and the Kikonai Municipality, had over the years done their best to embellish the land with references to the heritage that, even without an actual wreck, still lies buried at its foot. For not only could we see a model of the Kanrin Maru, we were also welcomed by a large model of what looked like a Dutch mill, and a wonderful monument commemorating the shipwreck at Saraki Misaki. And what is more, as is shown in the pictures, in May the cape turns into a colourful landmark as the 50,000 genuine Dutch tulip bulbs bloom; a beautiful painting of shared cultural heritage indeed. These and the many other representations of the Kanrin Maru heritage in Kikonai Municipality testify how much this heritage is valued by the community involved. 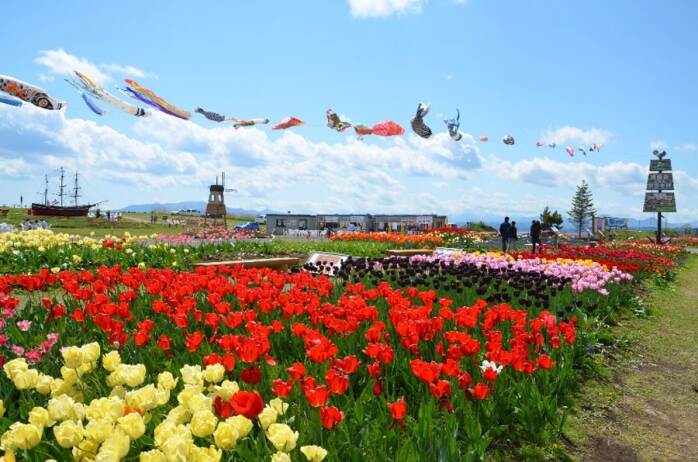 The tulip field on Saraki Misaki, consisting of 50 tulip bulbs direcly imported from the Netherlands, made possible through the efforts of the Society of Kanrin-maru Crew Descendents, the Society for Dreaming About the Kanrin Maru and the Kikonai Municipality. Every year, the Tulip Festival is held here to commemorate the history of the Kanrin Maru.

After a few more short excursions, including a visit to the archaeologist of Hokuto, we wrapped up these informative days and went back to Tokyo, where we were to meet representatives of the Society of the Kanrin-maru Crew Descendants.

Finally we met the group that has been very intensively promoting the Kanrin Maru heritage ever since they got together. The Society of the Kanrin-maru Crew Descendants was founded in 1994 by the families of the crewmembers who worked on board the Kanrin Maru when it crossed the Pacific in 1860. This was part of an embassy to the USA, an historical event still remembered by both Japan and the US today. Ever since, the Society put in a great effort to draw attention to the Kanrin Maru legacy, also emphasising the special relationship between Japan and the Netherlands. Every year, around the end of April, the Society visits the Kanrin Maru Festival in Yokosuka (where the vessel left for the US in 1860), while in August they also visit the Kikonai Kanrin Maru Festival to commemorate its final voyage. Both festivals have come to life through the endeavours of this Society. With a membership total of 250, today of which 50-60 members remain active, the Society basically built the foundation for an intercommunal understanding of the Kanrin Maru heritage. 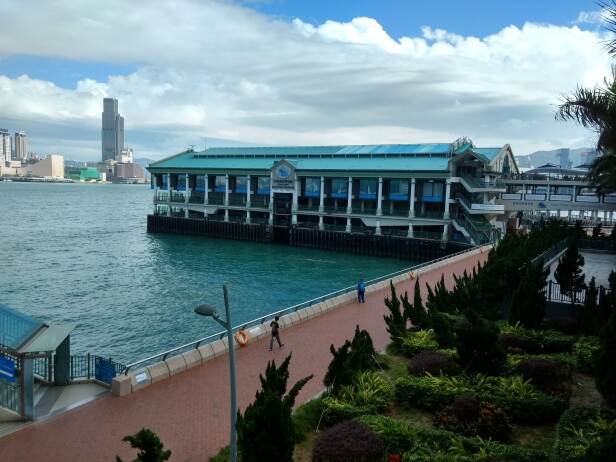 The Hong Kong Maritime Museum where APCONF 2017 was held in November 2017.

After a brief stop at the Dutch Embassy in Tokyo, it was time to leave Japan behind. In order to promote the project and the preliminary research results to the academic public, a paper was presented at the Asia-Pacific Regional Conference on Underwater Cultural Heritage in Hong Kong, during a session led by Dr. Iwabuchi and Dr. Yamafune. The paper and presentation titled ‘The Shared Cultural Heritage of Japan and the Netherlands: the Kanrin-maru’ were well-received. Conferences such as these always prove particularly useful in making connections with peers who are often able to point you to new ideas and directions, while it also is a good way to gauge the quality of your research.

In the next blog post, we will bring the project and this blog to a close.